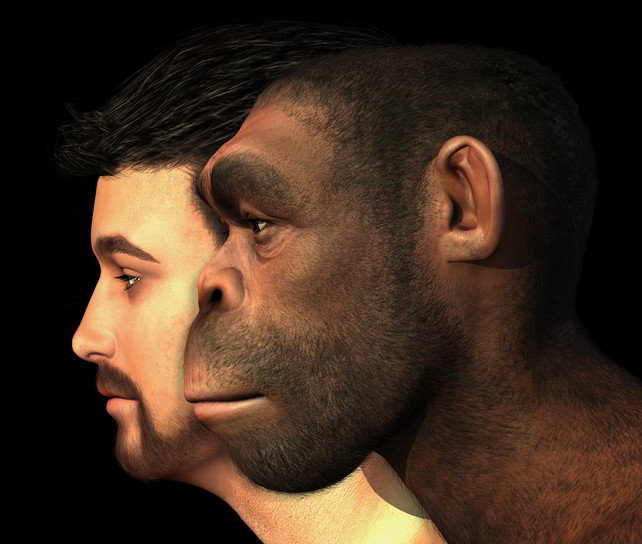 I wanted to revisit an article I wrote about five years ago to update it with the most recent findings from research into our human beginnings.  It is amazing to think of two human species walking the planet at the same time and interacting with one another.

It does relate to genealogy from the aspect that we are all related to one another if you trace back far enough in human history.  Genealogists tend to focus on the latest 6 generations of the family line while anthropology deals with thousands of generations deep in the family tree.  But mainly because I am fascinated with the origins of man and hope others share my interest in early human ancestry.

With the aid of better DNA analysis, scientists now believe that all living humans have some Neanderthal DNA.  Previously, it was thought that humans who never left Africa were an isolated population and could not possibly have any Neanderthal DNA as Neanderthals never inhabited Africa.

The new theory surmises that there were numerous pulses of migrations out of Africa, one of which was about 200,000 years ago.  Some of those people subsequently inbred with Neanderthals, migrated back to Africa and introduced Neanderthal DNA back into the population of Africa.

This new theory means that our human origin story is more complicated than just having a single wave of migration out of Africa between 60,000 and 80,000 years ago.

As modern humans, we can thank these interactions between the two species for the genetic gifts they left behind.  It is believed that the genes that help determine most people's skin, hair and certain immune system functions are more Neanderthal than not.

One theory is that the Neanderthal DNA likely helped the darker skinned humans out of Africa cope with the cooler, less bright northern climates.  Living in the cooler Europe means less ultraviolet light and less vitamin D from the sun.

According to the popular personal genetic testing company 23andMe most people have Neanderthal DNA, on average, about 2.5 percent of their total.  They have now developed a DNA test, using a donor saliva sample, to measure the percentage of DNA that comes from the Neanderthal branch of your family.

Eventually, the European Neanderthals died off as a species, but left their mark inside the DNA of all of us.  If you have a need to get in touch with your inner caveman, there is now a test to see how much of a Neanderthal you really are.